New Construction Costs on the Rise

More than 90 percent of builders say that rising lumber prices are hampering the affordability of new homes, according to the National Association of Home Builders/Wells Fargo Housing Market Index. Recently surveyed builders say that the higher construction costs are causing more prospective buyers to back out of purchasing a new home as well.

Builders are blaming the rising construction costs on the increase in lumber prices over the past year and a half. (They also say a shortage of labor is having an effect.) Ninety-five percent of builders surveyed said that recent increases in lumber prices were hurting the affordability of their new homes, evenly split on whether it’s a “minor” or “significant” impact.

U.S. lumber prices have increased 62 percent since January 2017, according to Robert Dietz, the NAHB’s chief economist. He estimates that a lumber tariff has pushed up the typical new-home price by $9,000. 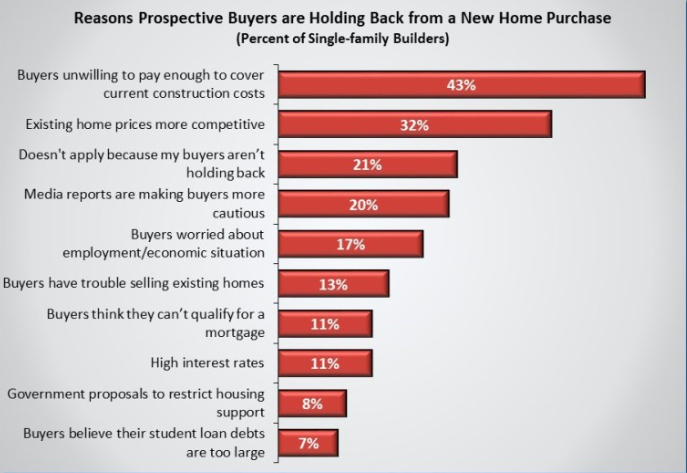